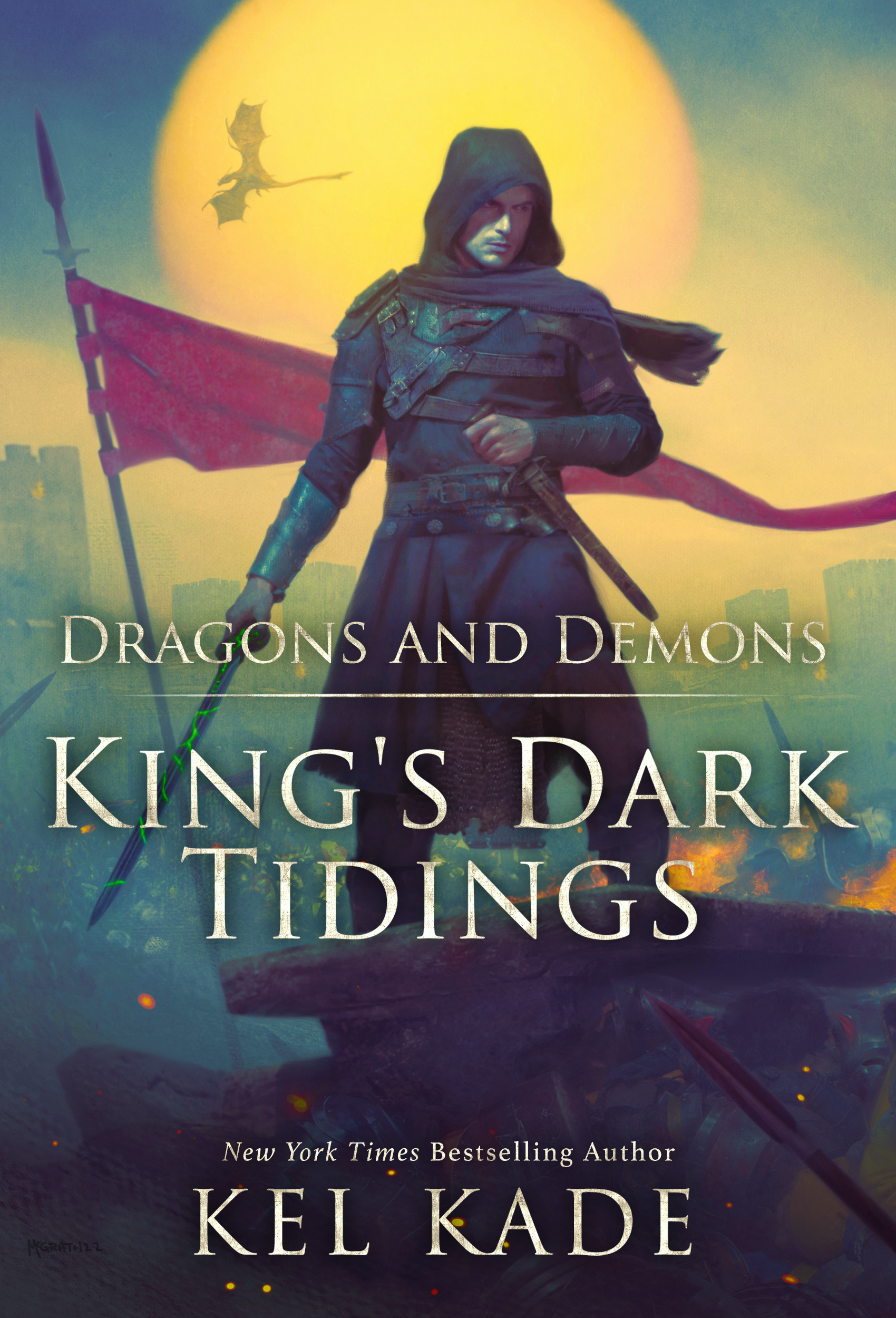 I’m excited to share with you the new cover for Dragons and Demons (King’s Dark Tidings Book 5), which releases on September 6th in all formats (e-book, print, and audio)! The amazingly talented cover artist, Chris McGrath, did a phenomenal job bringing this book to life with brilliant colors that burst with action.

The audiobook by Podium Publishing is available for pre-order now! Nick Podehl is at the mic again reprising his role as everyone in this 5th installment of the King’s Dark Tidings series.

Every kingdom Rezkin touches has shattered, and the turbulence in his homeland is spreading across the Souelian.

From the shards of kingdoms past, he begins to forge a new empire. But there is a price to pay for power, and the balance has come due.

When Rezkin is confronted by something mysterious and ancient, he is stolen from his intended path and driven toward shocking revelations about his identity. With every whisper of knowledge comes new dangers and one certainty.

Rezkin’s past has finally caught up with him, and the mad king Caydean is playing a darker game than anyone realized.